Pathfinder Missions is a Royal Rangers missions construction program intended to use the many skills of Rangers to provide work teams in places where other missions teams are unable or unwilling to go. Pathfinders projects are classified into three categories based on the difficulty of the project—bronze, silver, and gold.

In 2018 Commanders from the West Florida District traveled with Pathfinders twice to finish building the National Royal Ranger Training center in Niarobi, Kenya.

The WFLDAG Royal Ranger Mission Project for 2020 is one of our very own. Below you will find an introduction and story behind our project this year. Donations can be made at:

Donations may be made at this link

My name is Simon David Stormer. I was homeschooled through high school and lived in Seabeck WA.

I started Royal Rangers in 1999 when I met my best friend Gianni Basile (The boy on the left) and he invited me (I am the boy on the Right) to come to his outpost in outpost 371 up in Bremerton WA. In 2009 I joined FCF and started learning Blacksmithing under Stan Jorstad.

I moved down to Panama City Florida in 2010 because of my dad’s work and joined outpost 77 and that is where I completed my GMA in 2012.

I received My GMA in 2012 at the 50th Royal Ranger anniversary CAMPORAMA. It was so amazing because we had the Russians join in to see the presentation and there was even A Russian translator that translated the whole thing.

While I was in Florida I attended Refuge AG in Parker Florida with Outpost 77 and Dillard Ard III and he became my spiritual mentor.

I was going through an evangelism course in 2012 and I was extremely shy and an introvert, but my heart was broken for the lost. I asked the Ranger boys to pray for boldness to preach the Gospel and they did and My Senior Commander, Dillard Ard III, told me that I would be preaching the next week in front of the whole church and I told him no. He told me “Why would God give you the gift of boldness if you would not use it.” and so I said that I would even though I was scared out of my mind. I spent the whole week studying and that Sunday came.

I got in front of the church and shaking like a leaf and gave the message that God had given me. I can honestly say that after that moment I was not the same. From that point on God gave me the boldness that I needed to share Christ with power. After the evangelism course I started to learn how to do illusions like card tricks and “magic” tricks to catch people’s attention and share Christ.

By 2014 I was connected to 12 churches and attending 3 churches at the same time. We had a group that would go out to share the Gospel every week and I was A Royal Ranger Commander at Outpost 77.

In January 2017 I was invited to join SUM Bible College in February to Mardi Gras on Bourbon street to share the Gospel.

It was while I was there that I met Krislyn Cox ( The head of the ministry at the time) and she told me about a boy that was a part of the Points of Light ministry 13 years old and he was stopped by a gang member that demanded him to give up his money. The boy said no and the gang member shot and killed him for $3.25 that he had in his pocket.

That story broke my heart and I imagined that boy as one of my Ranger boys. I felt like I was being called to Oakland, CA, to join this ministry and so I tried to talk to her after her presentation. I told her that I wanted to join them in the ministry and she told me that if I was not going to come for the long term that she didn’t want me coming at all. I was almost hurt that she said that until she explained herself. She told me that they had so many people that joined the ministry and came and the kids would warm up to them and tell them their hurts, problems, and struggles, and then they would leave as soon as things got hard. The kids then didn’t know who they could trust.

After she explained that I understood, but I asked if I could come for a month so that I could see if I could make a long term commitment. She said yes and so June 2017 I came for the whole month and God moved powerfully and I felt called.

So I got back and I needed to raise funds because we have to raise our own support. I grew up in a home in which we never asked for money and that we had to earn everything with hard work. When I had to raise my own funds I was a little scared because I was about to be leaving my $60,000 a aear job to go to a place that the cost of living is almost triple and I was leaving my security and comfort to listen and be obedient to God. I started to fast and pray and ask that God would provide, and that is exactly what He did. I can honestly say that I never asked anyone for money. I told people what God was telling me to do and they started to ask how they could send support to me, and all of a sudden I had enough to survive.

In the last part of November, I drove from Panama City, FL, to Oakland, CA, with all of my possessions that fit into a seven passenger minivan. I slept in the minivan on the whole trip to save money. Some nights got down to five degrees and the windshield would freeze as soon as my breath hit it. It was an interesting time, but I got to see God work in many mighty ways.

This December, 2020, I will have been here for three years.

I am now the Mighty Blaze Director and work with kids 3-11 years old. I have two children’s pastors that work with me and seven youth pastors that work with the 12-20-year olds (Points of Light). It has definitely not been easy. I have seen eight youth and children’s pastors come and go in the short amount of time that I have been here. We have seen two of our youth pass away, and I was by myself for three months with the younger kids and we had 40 kids coming at that time. Yet through it all, seeing God work in and through it all has been more than enough to keep me faithfully serving this community.

I would like to encourage those who are still going through Royal Rangers to stay strong and finish well. I would have to say that striving for the best and working your hardest prepares you for the future. When you learn to complete the merits, ask yourself why you are learning it. Is it so you can get a badge or is it so you can use it to help or influence someone else’s life? We have the opportunity to change the world with what we learn, but the question is: are you going to change the world for yourself or are you going to put others first and bring the world to Christ? When you learn and put these things into practice, you will be a true Royal Ranger and will be “Ready for anything.” I personally use everything that I have learned from Royal Rangers in my daily life either by doing something for others or teaching the kids that I work with.

For those planning on going into the mission field, I would strongly encourage you to faithfully share the Gospel starting with those around you. If you are not willing to share Christ to those around you, why would you think that you would do it somewhere else? It is not easy and it does not pay well, but the rewards are overwhelming—like seeing a whole family get saved and seeing kids get delivered from an addiction. Remember to trust God and listen to Him. I want to strongly encourage you to read your Bible on a daily basis. You can hear God speak to you when you are seeking Him. The closer you get to Him the clearer you can hear His voice.

Things will get hard in the mission field, but that is not God calling you away. If that were true then all of the disciples had it wrong. They suffered and died for the sake of the Gospel. The least we can do is be teased or have people yell at us.

Fight the good fight of faith, lay hold on eternal life, to which you were also called and have confessed the good confession in the presence of many witnesses. 1 Timothy 6:12 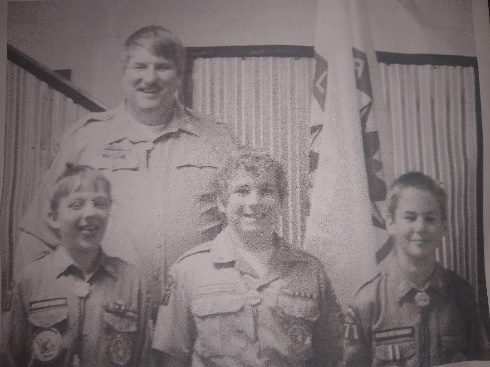 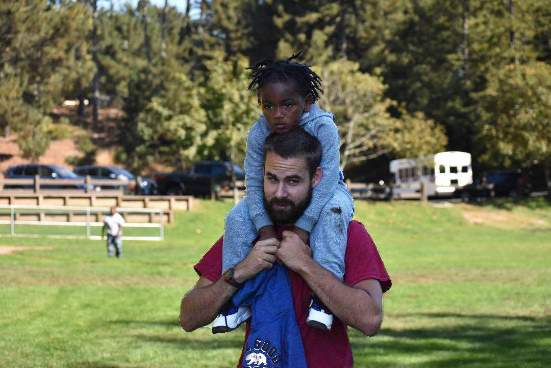 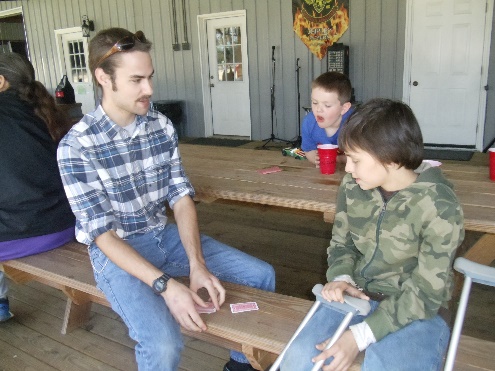 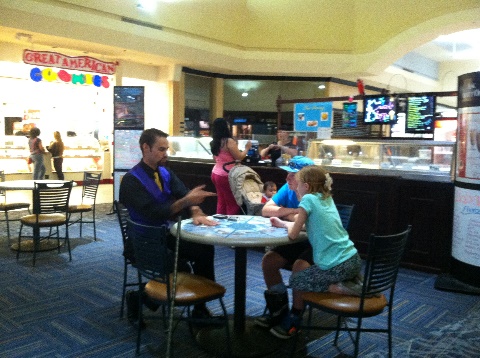 Buy a cup for Missions! 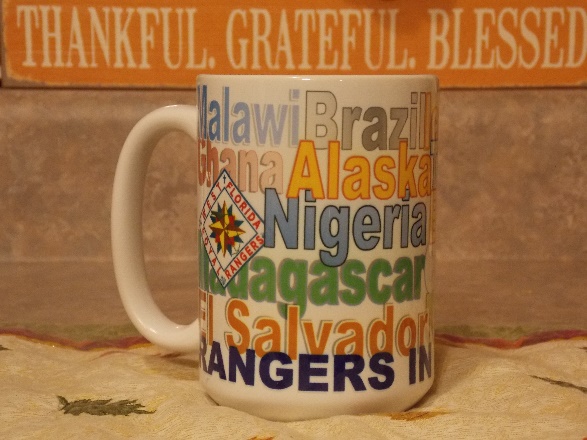 This is the same cup just different angles….can you see your hand print all over Missions?  All proceeds for this year are going to our very own Simon Stormer. We are asking for donations of $15 to the greatest cause: THE GREAT COMMISSION! 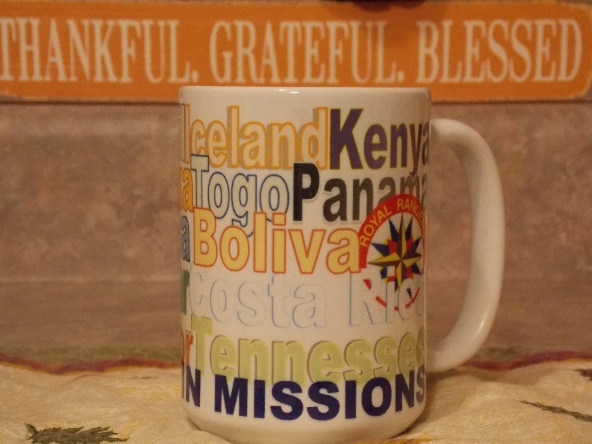